A young man who was set ablaze during a May protest in a wealthy part of Caracas succumbed to his injuries on Sunday.

Protesters took to Caracas’ streets again Monday, shutting down main roads to demand new presidential elections after the release of a video in which Lopez expressed support for the movement. The video was recorded at the military prison where Lopez has been held since leading a wave of street protests in 2014. Read more

Message from the Secretary General on Venezuela

The collapse of institutional function in Venezuela is the direct responsibility of its authorities.

Over the last months, the regime in Venezuela has buried democracy, the separation of powers, justice, civil guarantees, political, economic, and social rights as well as all the principles that constitute a legitimate government.

All the members of the current illegitimate government are responsible, and the role of the President of the National Electoral Council, Tibisay Lucena, has been crucial in the institutional collapse.

The United States denounced the government of Venezuelan President Nicolas Maduro on Tuesday for suppressing protests and called for free elections, saying that he must not be allowed to follow a «dictatorship» path like Syrian leader Bashar al-Assad.

The Maduro government calls the protesters violent coup-mongers, supported by the United States.

«This is an economic, political and humanitarian crisis that demands the world’s attention,» Nikki Haley, U.S. ambassador to the United Nations, told a U.S.-hosted panel of Venezuelan activists and experts held on the sidelines of the U.N. Human Rights Council in Geneva.Read more

Protests continued in Venezuela this Monday, June 5, with a plan by the opposition to plant themselves in main avenues and roads in the country’s capital of Caracas. This time, however, the repressive forces of the dictatorship were able to prevent citizens from organizing.

They also seemed to pay more attention to members of the media trying to cover the event, displaying equal aggression to them as to protesters.

The repression began at eight in the morning on the Francisco Fajardo motorway, which was taken by members of the Bolivarian National Guard. That location has become known as a gathering point for protests, but on Monday, it was empty. Read more

THE ASSOCIATED PRESS I nytimes.com
June 5, 2017

Playing amid clouds of tear gas and flurries of rubber bullets, a young violinist bedecked in the bright colors of Venezuela’s flag serenades anti-government protesters and police alike with a somber rendition of the national anthem, a song that translates as «Glory to the Brave People.»

It’s been a familiar scene during more than two months of almost daily demonstrations in Venezuela’s capital, where Wuilly Arteaga has become a symbol of peaceful protest largely overshadowed by frequent clashes between rock-throwing youths and heavily armed security forces. Protests across the country demanding socialist President Nicolas Maduro’s removal have resulted in at least 65 deaths and more than 1,100 injured. Read more

How a new kind of protest movement has risen in Venezuela

A plywood shield in one hand, a gas mask over his face, Victor Ortega marched down the middle of the four-lane elevated highway, his eyes fixed on the front lines.

Up ahead, the Venezuelan army and police had sealed off the street. A large armored vehicle, known as the “whale,” anchored the military blockade, with riot troops fanned out to the rear. Behind Ortega, thousands of protesters slowed down, awaiting the inevitable. Any minute, the day’s melee would begin.

Ortega, just steps away from the front now, was thinking about his father, a member of the country’s security forces. The military career that Ortega, an only child, once considered his birthright — several members of his family have had jobs protecting the socialist government — has been discarded in the onrush of Venezuela’s protest movement. Read more 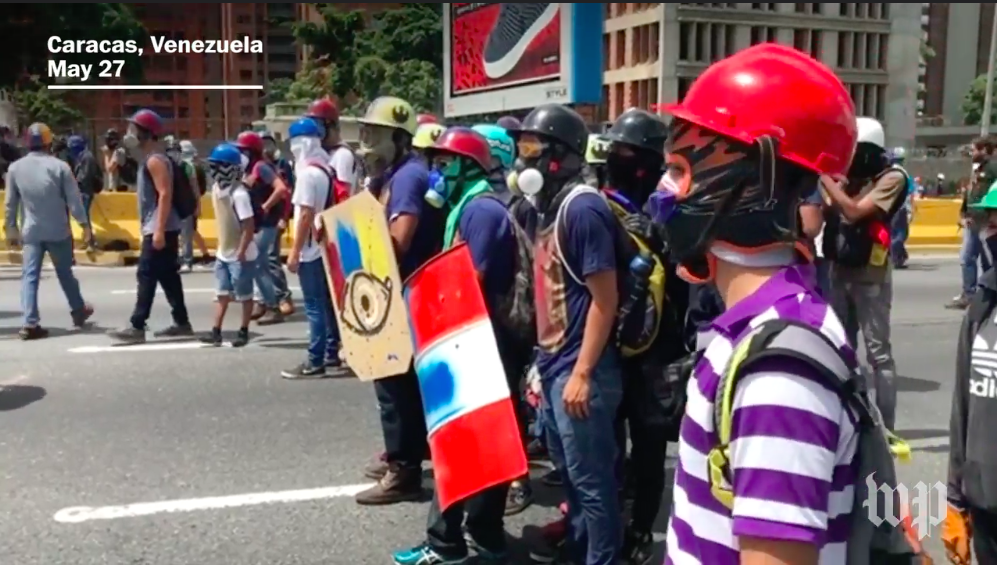 If The World Lets Venezuela Fall, Democracy In The Region Will Fall With It

For the past two months, Venezuelans like myself have taken to the streets to exercise our constitutional right to peaceful protest against the most repressive regime in our nation’s history. While the unconstitutional and failed attempt by the Supreme Court to dissolve the Venezuelan National Assembly on March 29 sparked these protests, we have sustained them for so long because we know we are in the fight of our lives. We protest amidst an immense humanitarian crisis. Our failing economy has led to a scarcity of food and medicine, which has in turn led to an increase in the prevalence of malnutrition and other preventable diseases in the country.

Our suffering is gravely compounded by the government’s despotic response to our cries for help.  Read more

Venezuela must take a step towards freedom

Venezuela is suffering a political, economic, social and moral nightmare that has turned the country into a failed state in the hands of criminals. Though there is a formula for halting and reversing this tragedy, time is clearly working against the country. The cost of overcoming the crisis is immense, but not confronting it decisively, as it has have already begun to do so, will have unbearable consequences.

It is urgent that the country sets out along this path.

With his latest dictatorial action of illegally convening a Constituent Assembly, President Nicols Maduro has shut the door on Venezuela’s last opportunity for a purely electoral solution. All institutional channels for demanding change — such as a presidential recall referendum and regional elections — had already been blocked by a regime that systematically violates civil liberties and human rights in order to remain in power. Read more

As thousands of people fled tear gas at a recent anti-government protest, a single young woman stood still, protected only by a gas mask and a white helmet with a green cross.

The woman took shelter under a bridge and attended to a person whose right ankle was bloody and injured. She splinted the leg, and then took the man away on a motorcycle.

The rescuer belongs to the “Green Helmets,” a group of about two hundred medical students, dentists and doctors who attend the marches that have been rocking the South American country daily for two months. Read more 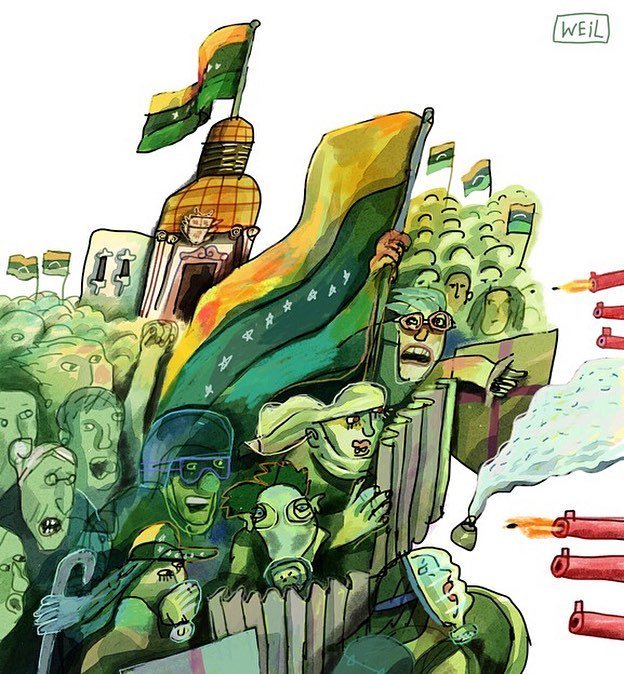