Venezuelan opposition leader Leopoldo López has been completely incommunicado for the past three weeks. The only interaction that López has had with his family was on June 23, 2017 when he yelled to his wife Lilian Tintori from his prison cell that he was being tortured.

López is currently being held in Ramo Verde Military Prison in Los Teques, Miranda State, Venezuela. Since June 10, 2017, the family has received no update on the status of wellbeing of López from prison officials. Family members have not been able to see López since June 4, 2017, a total of 26 days, and his lawyers have not been able to see him since April 6, 2017, a total of 85 days. Read more

Pope Francis is calling for an end to the violence at Venezuela’s anti-government protests and is expressing solidarity with families of those killed.

Francis led thousands in prayer Sunday for Venezuela as he noted the country is to mark its independence on Wednesday.

He said: «I assure this dear nation of my prayers and express my closeness to the families who have lost their children in the street protests. I appeal for an end to the violence and for a peaceful and democratic solution to the crisis.»

At least 80 people have been killed since anti-government protests erupted three months ago. Read more

Jailing of an Electoral Expert

On the evening of June 22, a group of more than 30 officers of the Bolivarian National Intelligence Services (Servicio Bolivariano de Inteligencia Nacional, SEBIN) entered the home of Aristides Moreno, without a search warrant, the opposition leader María Corina Machado said on Twitter after having witnessed the events. Members of the opposition had met several times at Moreno’s home. The officers detained Moreno, together with others who were with him at the time, including Roberto Picon—an engineer who for years has advised the opposition on electoral matters—Machado said. Picón was coordinating the opposition’s technical support team since February.

On June 25, President Nicolás Maduro said on television that, days earlier, security forces had seized two servers in which “a hacking, intervention, and sabotage process” of the electoral computer system was being organized. Read more

The deaths brought to at least 80 the number of people killed since anti-government protests erupted three months ago.

A few thousand opponents of President Nicolas Maduro took to the streets of Caracas on Saturday to show support for Diaz. Read more

It has been the destiny of Venezuela to bounce between the extremes of oppression and freedom. The crisis now convulsing the country follows this historical pattern. Every day, Venezuelans of all stripes pour into the streets protesting the loss of their freedom and their constitutional rights by a tyrannical regime that condemns them to scarcity, illness, malnutrition and outright hunger. Social media has given us a wealth of shocking images: the National Guard firing indiscriminately into crowds, killings, tanks moving against demonstrators. A daily Tiananmen while President Nicolás Maduro dances salsa.

However, Chavista power in Venezuela is continuing its decline from its glory days with Hugo Chávez. On Tuesday, a rogue faction of police apparently dropped grenades from a helicopter onto the Supreme Court in Caracas in what Mr. Maduro called a “coup plot.” Read more

Constitutions, like diamonds, are supposed to last. But that is not the view of Nicolás Maduro, a former bus driver chosen by a dying Chávez to replace him as president in 2013. He has ordered a new constituent assembly, to be chosen on July 30th. Everything about the process is different from 1999. In violation of Chávez’s constitution, it has been called by presidential decree rather than by referendum.

Mr Maduro says its purpose is to defeat the opposition’s “fascism”. Yet it will be chosen under a system that might have been devised by Mussolini. Each of the 340 municipalities will elect one assembly member, regardless of size (only state capitals will get two), meaning the opposition-supporting cities are under-represented. Read more

EDITORIAL BOARD I washingtonpost.com

VENEZUELA’S POLITICAL and humanitarian crisis, which has long been desperate and deadly, this week tipped toward the surreal. On Tuesday, a helicopter swooped over the Supreme Court and interior ministry, dropping grenades and firing shots; President Nicolás Maduro called it a U.S.-backed coup attempt. But no one was injured in the incident, and when the pilot of the helicopter turned out to be an actor who has played a police commando in the movies — and who has yet to be detained by authorities — opposition leaders understandably wondered whether the incident was orchestrated by Mr. Maduro.

If so, it wouldn’t be suprising. The corrupt clique around the president, which inherited the leftist populist movement founded by Hugo Chávez, is resorting to increasingly far-fetched tactics to combat a mass protest movement that has the support of the vast majority of Venezuelans. Read more

Venezuela’s state prosecutors’ office said on Thursday that it is calling in the former head of the National Guard for questioning about «serious and systematic» human rights violations during the recent wave of anti-government protests.

For three months, critics of President Nicolas Maduro have taken to the streets almost every day to protest against what they call the creation of a dictatorship. The protests, which have left nearly 80 dead, frequently culminate in violent clashes with security forces. Read more

The parents of a Utah man imprisoned in Venezuela one year ago as of Friday fear their son will die in a Caracas jail with no relief in sight and growing volatility in the South American country.

Former New Mexico Gov. Bill Richardson has been brought in by Joshua Holt’s family to pry open negotiations with Venezuelan President Nicolas Maduro over a humanitarian release, something Richardson said could possibly lead to dialogue about other strains between the embattled Maduro and President Donald Trump, who has taken a personal interest in Americans held overseas. Read more 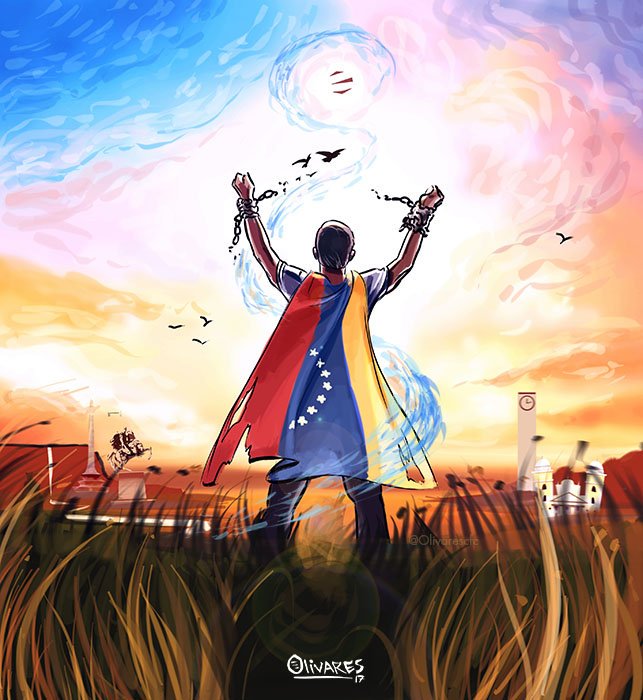