Leopoldo López Is Home. But Venezuela Is Not Free

On July 8, the government of President Nicolás Maduro of Venezuela delivered its most well-known political prisoner, Leopoldo López, to his home. The Supreme Court, which Mr. Maduro effectively controls, said in a one-paragraph statement that it granted Mr. López house arrest on “humanitarian grounds” because of his “health situation.” It also mentioned “irregularities in the distribution of the case to a criminal court.”

The popular leader of Voluntad Popular, a centrist political party, and one of Mr. Maduro’s fiercest critics, Mr. López was arrested in 2014 at the beginning of a brutal crackdown on the huge anti-government protests that he had actively promoted. He was sentenced to nearly 14 years in prison, charged with inciting violence during the protests — false allegations based on fabricated evidence, as a prosecutor in the case told me after fleeing the country. Read more 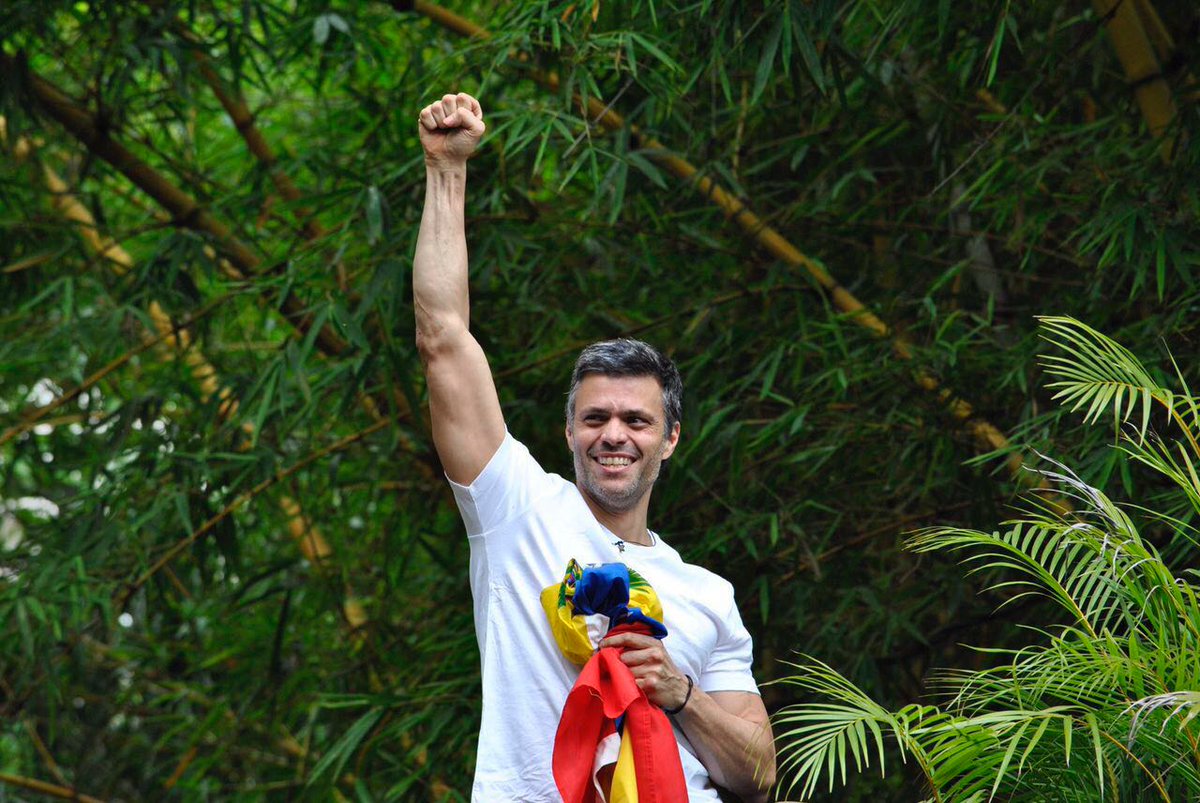 More than a thousand people have been detained while protesting peacefully against President Nicolás Maduro’s dictatorial regime in Venezuela, according to the United Nations High Commissioner of Human Rights Zeid Ra’ad Al Hussein.

In a statement, the UN condemned actions taken by the Venezuelan regime to smother opposition demonstrations. At least 3,600 Venezuelans have been arrested, with a reported 1,100 still behind bars.

“We call for the immediate release of all those arbitrarily detained, including those who have been tried by military courts,” a statement released by Al Hussein said. Read more

“This Is a Step towards Liberty” in Venezuela: Political Prisoner Leopoldo López

“This is a step towards liberty in Venezuela”: At approximately 4:30 AM on Saturday, July 8, political prisoner Leopoldo López, a leading opposition figure in Venezuela, was transferred from Ramo Verde Prison in Caracas to his home in the city due to a decision from the country’s Supreme Court. According to the decision, López, who had been incarcerated for three years and five months, was granted house arrest due to his health problems and to legal irregularities in his case.

Citizens and journalists reacted to the news by filling the street in front of López’s residence, hoping to hear a message from or at least catch a glimpse of the opposition figure after his release from Ramo Verde, a military prison.

My Brother, Leopoldo López, Is No Longer in Prison. But He Is Not Free – and Neither Is Venezuela

My brother Leopoldo López, leader of Venezuela’s Voluntad Popular party, was sentenced to 13 years, nine months, seven days and 12 hours in prison for giving a speech in which he denounced the corruption and the antidemocratic repression of Nicolás Maduro’s government. He was arrested in 2014 during a government crack-down on protesters, and charged with inciting violence – false charges based on false evidence. Months after the sentence, the accusing attorney, Franklin Nieves, confessed that he was pressured by government officials to convict Leopoldo and four students without proof or testimony.

Subjected to detention in the military prison of Ramo Verde since Feb. 18th, 2014, he was mistreated, tortured and isolated in solitary confinement. In this prison within a prison, he suffered abominable medieval conditions, and was allowed few visits from his family and his lawyers, who were not able to see him for three months. Read more

Venezuela marks 100 days of unrest, at a glance

THE ASSOCIATED PRESS I miamiherald.com

Anti-government protests in Venezuela hit the symbolic mark of 100 days on Sunday with a grim record of at least 92 dead and more than 1,500 injured. The decision Saturday to release opposition leader Leopoldo Lopez from prison and place him under house arrest has once again stirred hopes that socialist President Nicolas Maduro and his opponents could sit down for talks aimed at ending the bloodshed.

Here’s a look at how one of Latin America’s richest nations descended into chaos and the prospects for resolution.

HOW DID THE UNREST BEGIN?

The opposition gained control of the National Assembly in 2015 by a landslide amid mounting frustration with Maduro’s handling of the economy, spiraling crime and food shortages. Read more

Venezuela’s Catholic Church on Friday blasted President Nicolás Maduro for trying to impose a “dictatorship” by pushing forward an unpopular plan to overhaul the constitution.

Speaking at a public event, Archbishop Diego Padron, the president of Venezuela’s Episcopal Conference, said the government’s decision to elect more than 500 delegates on July 30 to rewrite the constitution is illegitimate.

“The Episcopal Conference has deemed that the national assembly of constituents is unnecessary and inconvenient,” Padron said. The assembly is “being imposed by force and the result will be the [formalization] of a military, socialist, Marxist and communist dictatorship.” Read more

At least 123 members of Venezuela’s armed forces have been detained since anti-government unrest began in April on charges ranging from treason and rebellion to theft and desertion, according to military documents seen by Reuters.

The list of detainees, which includes officers as well as servicemen from the lower ranks of the army, navy, air force and National Guard, provided the clearest picture to date of dissatisfaction and dissent within Venezuela’s roughly 150,000-strong military.

The records, detailing prisoners held in three Venezuelan jails, showed that since April nearly 30 members of the military have been detained for deserting or abandoning their post and almost 40 for rebellion, treason, or insubordination. Read more 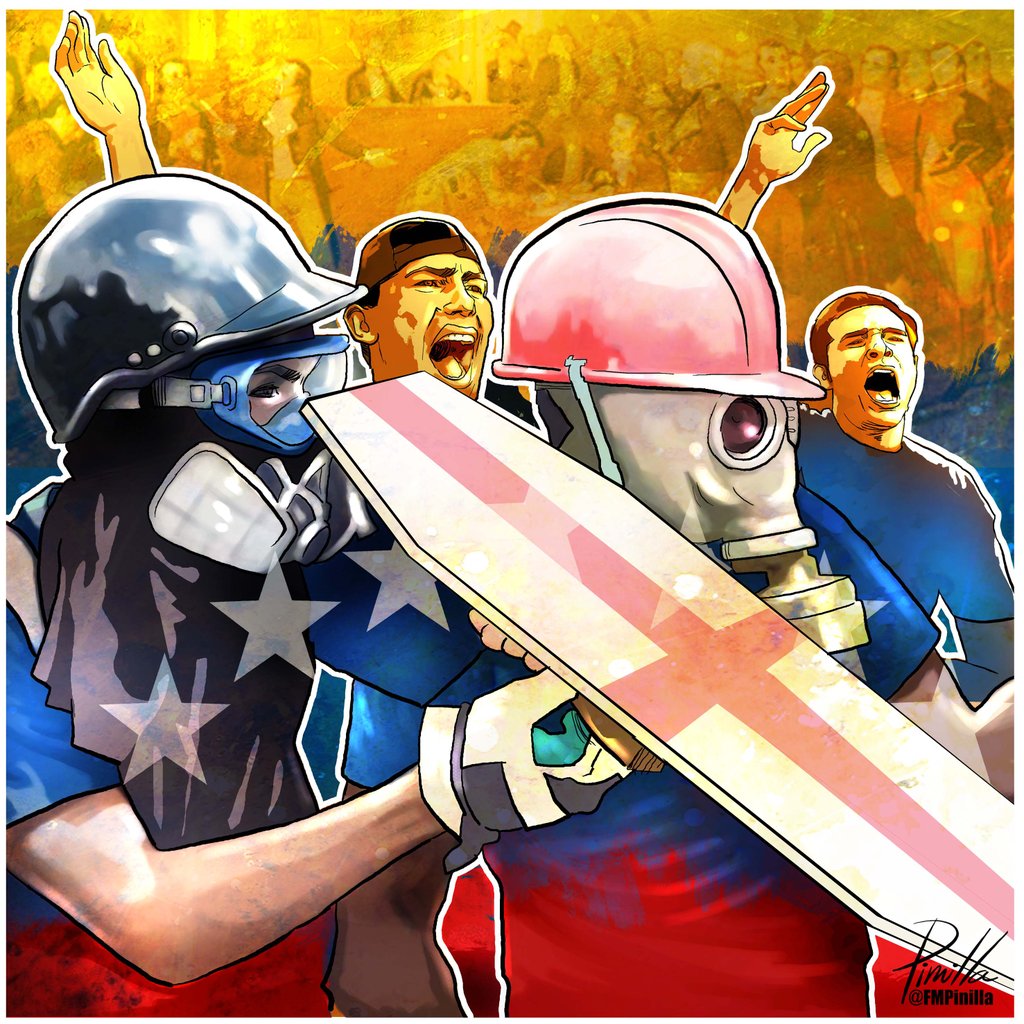