“I am deeply concerned that opposition leaders Leopoldo Lopez and Antonio Ledezma have again been taken into custody by Venezuelan authorities after their house arrest was revoked,” said UN High Commissioner for Human Rights Zeid Ra’ad Al Hussein in a statement issued by his Office (OHCHR).

He urged the Government to immediately release all those being held for exercising their rights to freedom of peaceful assembly, association and expression, noting that the UN Working Group on Arbitrary Detention considers the detention of both Lopez and Ledezma to be arbitrary. Read more

Teams of heavily armed security agents seized two of Venezuela’s top opposition leaders from their homes in the middle of the night Tuesday, dragging one into the street in his pajamas as President Nicolas Maduro’s government defied U.S. sanctions and international condemnation of a plan to assume nearly unlimited powers.

Leopoldo Lopez and Antonio Ledezma were being held at the Ramo Verde military prison south of the capital, accused by the government-allied Supreme Court of violating the terms of their house arrest by plotting to escape and releasing video statements criticizing Maduro.

Both men’s allies denied the charges and vowed to continue to try to push the ruling party from power. But they gave little indication of how they planned to do that, and the capital was unusually quiet after months of sometimes violent protests. Read more

President Donald Trump condemned the actions of Venezuela President Nicolas Maduro’s government on Tuesday night after opposition leaders Leopoldo Lopez and Antonio Ledezma were dragged from their homes by state security agents and sent back to prison.

“The United States condemns the actions of the Maduro dictatorship,” the White House said in a statement.

“Mr. Lopez and Mr. Ledezma are political prisoners being held illegally by the regime,» the statement read. «The United States holds Maduro – who publicly announced just hours earlier that he would move against his political opposition – personally responsible for the health and safety of Mr. Lopez, Mr. Ledezma, and any others seized. We reiterate our call for the immediate and unconditional release of all political prisoners.” Read more

Venezuela After the Constituent Assembly

Venezuela’s democracy has crumbled. Over the past several years, the country’s separation of powers, freedoms of speech, and press, and rule of law have been on life support—enshrined in the constitution, but often disregarded in practice. Until recently, the political breakdown had been mostly incremental. But on July 30, President Nicolás Maduro followed through on his threat to organize a National Constituent Assembly to rewrite the Venezuelan constitution. The constituyente, as it is known, could set the stage for the Maduro government to totally and indefinitely consolidate its power, criminalize the opposition without limits, and usher in a new and even darker phase in Venezuela’s crisis.

Sold as an attempt to bring “order, justice, peace, [and] a country that is reunited,” the new superbody that was elected Sunday is anything but unifying. A large majority of Venezuelans see it as illegitimate. More than 80 percent believe that the current constitution—drafted by Maduro’s predecessor, Hugo Chávez, who compared it to the Bible and would hand out miniature copies of it at rallies—is sufficient. Read more

The Secretary General of the OAS, Luis Almagro, today certified the list of political prisoners which the human rights organization Foro Penal Venezolano presented to him.

“Today, I received the list of the political prisoners currently jailed in Venezuela that is continuously updated by the human rights organization Foro Penal Venezolano. We have certified this list for the purposes of following-up on the situation of each of the prisoners on the list,” explained Almagro.

The Secretary General explained that the Venezuelan government has systematically used the simultaneous and periodic release and detention of political prisoners, known as the “revolving door” effect. Read more

U.S. slaps sanctions on Maduro and labels him a ‘dictator’

The Trump administration promised to punish Venezuelan President Nicolás Maduro — and now, it has.

After what was widely seen as a fraudulent vote that usurped power from Venezuela’s democratically elected lawmakers, Washington froze Maduro’s assets, banned him from the United States and prohibited Americans from doing any personal business with him.

Two judges appointed by Venezuela’s opposition-controlled National Assembly have taken refuge in the residence of the Chilean ambassador in Caracas.

Chilean Foreign Minister Heraldo Munoz tweeted Tuesday that Beatriz Ruiz and Jose Fernando Nunez arrived “in search of protection” and said they have been offered asylum if they want it.

Ruiz and Nunez were among 33 judges sworn in on July 21 by the National Assembly in defiance of Venezuela’s government-stacked Supreme Court. The country’s highest court quickly declared the appointments unconstitutional and said the judges would be illegally usurping power and betraying the nation if they tried to take their new posts.Read more

The security plan announced ahead of the elections for the Constituent Assembly in Venezuela this Sunday banning protests against the vote is laying the groundwork for a new wave of mass human rights violations, said Amnesty International.

“Venezuela’s ban on protests will do nothing but worsen an already incredibly volatile situation,” said Erika Guevara-Rosas, Americas Director at Amnesty International.

“Instead of trying to silence the increasing popular anger, authorities must find workable solutions to people’s very reasonable demands. Continuing to punish dissenting voices will only sink the country into an even deeper crisis.” Read more 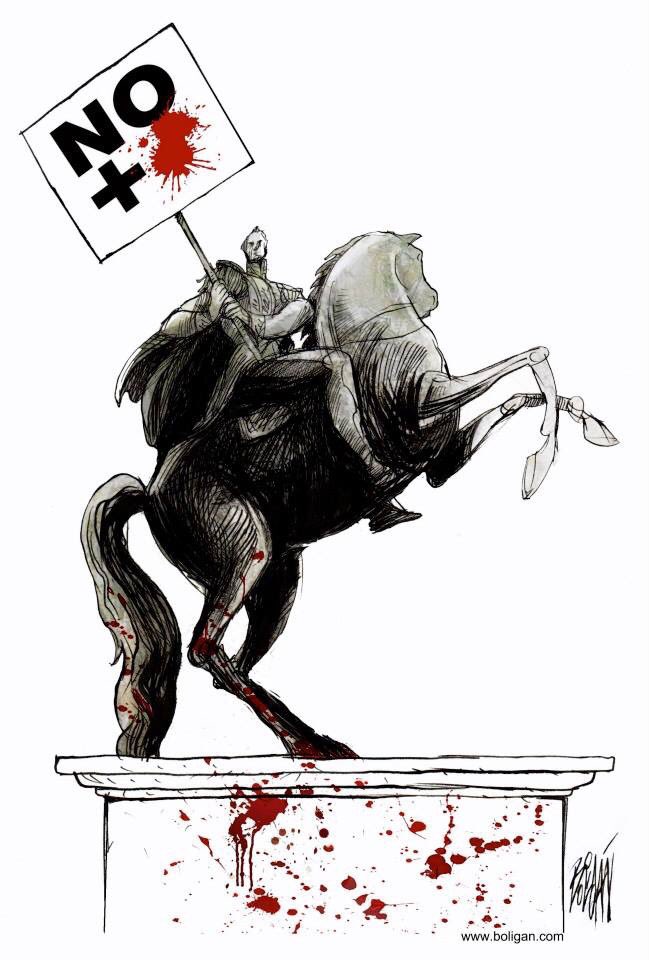