A group of opposition-appointed Venezuelan judges arrived on Thursday in Chile as exiles after more than two months holed up at the Chilean ambassador’s residence in Caracas to avoid arrest in the crisis-hit country.

Chile’s Foreign Ministry had granted the five parallel magistrates asylum in August. Threatened with jail by Venezuelan President Nicolas Maduro, they remained in Venezuela until last week, when they said they fled the country.

Four of the five resurfaced in Santiago on Thursday morning. Another is expected to arrive later in the day.

«All we can say today is that we were forced to abandon our beloved home of Venezuela, but that another nation has embraced us, and will protect our freedom,» Beatriz Ruiz, one of the five, told reporters at Santiago airport. Read more

OAS Holds Hearings on Venezuelan Human Rights Abuses, Political Prisoners
This month, the Organization of American States is holding a series of hearings to decide whether the human rights situation in Venezuela warrants a referral to the International Criminal Court for investigation.

At a recent hearing, David Smolansky, exiled mayor of El Hatillo who fled the country after being targeted by the Maduro regime for allowing his constituents to protest, testified about the persecution of opposition mayors across the country.  Smolansky released a series of tweets about his testimony:

From March 2014 to August 2017, the Maduro regime has dismissed 12 mayors. #VzlaEnLaOEA

The 12 mayors who are dismissed represent 10 million Venezuelans. #VzlaEnLaOEA

4 mayors are prisoners, 6 are in exile and 2 are still in the country removed from their posts. #VzlaEnLaOEA Read more

“A triumph of peace and democracy.” That’s how Venezuelan President Nicolas Maduro described his government’s implausible victory in last weekend’s gubernatorial elections. In fact, it is a further hardening of the soft autocracy that used to be South America’s richest democracy.

Maduro’s government entered the polls with an approval rate of about 24 percent in a collapsed economy with inflation nearing 1,000 percent, widespread hunger and residents fleeing by the tens of thousands. Somehow, it managed to win 54 percent of the vote and 17 out of 23 governorships.

The opposition has rejected the results and has rightly demanded an audit. The government’s pre-election shenanigans included disqualifying the opposition’s most popular candidates, keeping losers of primaries on the ballot to confuse voters, moving 200 polling places at the last minute, selective power outages, and allowing no independent outside observers.  Read more 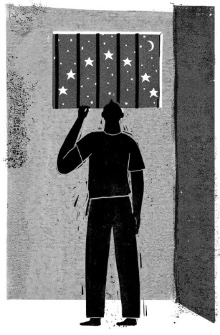