No More Hiding From Venezuela’s Abuses

The Venezuelan government announced last week that it will hold parliamentary elections on Dec. 6. This news wouldn’t have attracted much attention if it weren’t the result of a 30-day hunger strike by imprisoned opposition leaders Leopoldo López and Daniel Ceballos. It is encouraging to see the Venezuelan government make motions toward respecting democracy—but a true election cannot be held when more than 75 political prisoners languish in jail.

Venezuela must be held accountable for its human-rights abuses. We can start by speaking out against the imprisonment of the numerous opposition figures. Unfortunately, important voices—namely, Venezuela’s neighbors in Latin America—have remained muted.

This reluctance to take a stand is startling. Venezuela’s economic and security situation is dismal, as is the government’s response to citizen frustration. Read more

A delegation of opposition political party Un Nuevo Tiempo (UNT) attended the Council of the Socialist International (SI) on July 6-7 in New York and asked the organization to advocate the release of Venezuelan political prisoners and the return of the exiled, and to reject political persecution, said Enrique Márquez, the President of UNT, according to a press release.

Márquez added that the meeting of the Council of SI, the organization agreed to ask the Venezuelan National Electoral Council (CNE) to attend the upcoming parliament vote as an observer next December 6.

In addition, Marquéz pointed out that the Council of the SI urged its member countries to oversee and ensure the right to freedom of expression and democratic values, in reference to the issue of harassment against independent media in Venezuela.

A group of NGOs have brought a challenge before the United Nations based on studies conducted by independent experts who monitor political and civil rights in Venezuela.

Attorney General Luisa Ortega Díaz served as head of Venezuela’s 35-member delegation, which denied that the government violates human rights. However, at least 30 NGOs presented research that contradicts this claim.

Almagro negotiates a date for his visit to Venezuela

The Secretary General of the Organization of American States (OAS), Uruguayan Luis Almagro, is holding talks with the Venezuelan government to schedule the date and the agenda of his upcoming visit to the country, sources from his team told Efe on Monday.

As a result of the visit of the Secretary General of the Organization of American States (OAS) to Venezuela, Maduro’s government could agree to have an OAS’ observation mission in the parliament vote on December 6.

In his upcoming visit, the head of the OAS is expected to meet with the President of the National Electoral Council (CNE), Tibisay Lucena «and other political personalities of the country,» he informed on July 2 in an interview with CNN en Español. Read more 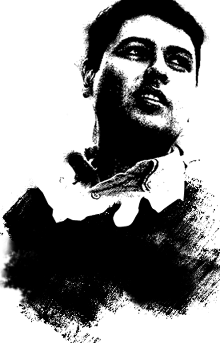 Those who study violence and insecurity in Venezuela are still wondering what Attorney General Luisa Ortega Díaz could have been thinking when she admitted to the United Nations that the country’s homicide rate is 62 per 100,000 inhabitants.

The figure places Venezuela as the world’s second most violent country — surpassed by only Honduras, with a rate of 66 homicides per 100,000 inhabitants.

Roberto Briceño León, head of the Venezuelan Observatory on Violence (OVV), said the official was seemingly unaware of the consequences of her statements to the UN Human Rights Committee on Tuesday, June 30. Lacking reliable official statistics, the NGO counts 24,980 murders in Venezuela in 2014. Read more

Jailed Venezuelan opposition leader Leopoldo López has gained nine pounds since he ended a 30-day hunger strike a week ago, his wife, Lilian Tintori, said on Wednesday as she appeared with former Spanish Prime Minister Felipe González, who has lobbied for López’s release, the Associated Press reported.

With his hunger strike, the former mayor of Caracas’ Chacao neighborhood had attempted to force President Nicolás Maduro to free opponents jailed in last year’s anti-government protests and set a date for parliamentary elections that the opposition is heavily favored to win; the embattled leader has made no concessions on prisoners, but the vote is now set to be held on Dec. 6. Read more

OAS: Crisis of Democracy and Human Rights in Venezuela

The Steering Committee of the World Movement for Democracy extends a warm welcome to the new leadership at the Organization of American States (OAS), especially given its renewed commitment to promote and strengthen democratic governance in the Americas. The Steering Committee applauds, in particular, the new Secretary General, Luis Almagro Lemes, for his vision of transforming the OAS into «an essential instrument for ensuring the fullest possible observance of human rights in the Hemisphere, and an instrument for safeguarding and promoting democracy in the region.»
In light of this new leadership and vision, the Steering Committee calls upon the OAS to help end the repression of civil society activists, political opposition leaders, and ordinary citizens who have expressed in peaceful ways their desire for more prosperous and free societies throughout the region. Read more

Secretary of State John Kerry on Thursday urged Venezuela’s government and opposition to find a «peaceful resolution» to their disputes before a Dec. 6 parliamentary election and said the United States wanted to improve ties.

In a message to Venezuela to mark the country’s independence on July 5, Kerry referred to recent talks between Washington and Caracas, saying he hoped the two countries could find ways to cooperate.

«As you look toward legislative elections, political dialogue will be important in ensuring peaceful resolution of disputes and the integrity of your democratic process,» Kerry said in his message. Read more