One of Venezuela’s most prominent opposition leaders announced Tuesday that she had been barred from holding public office as a critical election looms.

Former lawmaker Maria Corina Machado posted a notice on Twitter saying the comptroller’s office prohibited her from holding office for a year, which could prevent her from taking her seat if she wins one in December’s congressional elections.

She did not say why she was barred, but she apparently has the option to appeal the decision.

The comptroller’s office could not be reached for comment.

Machado is among hardline leaders who called for President Nicolas Maduro to resign last year and helped lead sometimes bloody street protests demanding an end to the South American country’s socialist administration. The ruling party stripped her of her congressional seat amid the protests. Read more

The preliminary hearing to determine whether dissenting Caracas Metropolitan Mayor Antonio Ledezma shall be prosecuted for conspiracy against the government of Nicolás Maduro was adjourned on Wednesday for the fifth time and rescheduled for next July 28, his defense team informed.

«…This shows that the Executive Office is reluctant to start this trial,» commented Ledezma’s defense attorney Omar Estacio.

The mayor was arrested in February and was granted house arrest for health reasons. Read more

López misses trial hearing for alleged robbery of his documents

Lilian Tintori, the wife of Venezuelan dissenter Leopoldo López, informed that he would not attend the trial hearing scheduled for Wednesday because a document with all the reasoning for his defense was stolen from his cell during the last search made by his guards.

López’s wife also denounced that he was allegedly being subject to inhuman and degrading treatment and torture in prison; something she had already reported with the court and the Office of the Ombudsman.

She added that López, who has been in prison for a year and four months, has not been examined by doctors since he was detained, despite the fact that he was on a hunger strike for a month and lost over 30 lb. «He has not recovered,» she remarked. Read more

10 Reasons Why Venezuela Is Not a Democracy

Democracy as we know it today implies a number of principles: separation of powers, the right to free and fair elections, the right to political association, freedom of speech, personal safety, and the enforcement of the Universal Declaration of Human Rights set forth by the United Nations.

The Venezuelan government violates them all on a daily basis. After 57 years of elections in the South American nation, here are just 10 reasons why Venezuela can no longer be considered a democratic country.

1. Elections are not transparent
In 2013, Nicolás Maduro won the presidential election by a small margin compared with the number of invalid votes. Read more 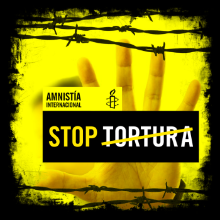 Explaining impunity at the UN

When we look at the issue of human rights in Venezuela and the relevant reports submitted each year, a clear pattern emerges, namely, the impunity following the violation of rights such as freedom of expression, political rights, and the right to life and personal integrity, which has Venezuela consistently ranking among the lowest scorers in assessment indices.

Liliana Ortega, director of Cofavic (Coalition of Families and Victims) arrived at this conclusion. Cofavic, along with a group made up of non-governmental organizations, academic institutions and members of the organized civil society submitted their 2014 alternative report on Venezuela’s situation to the United Nations in Geneva. Read more

The fear gripping Venezuela’s opposition is palpable in the plaza in front of the new headquarters of the country’s intelligence agency, the Servicio Bolivariano de Inteligencia Nacional (SEBIN), home to the country’s most notorious and secretive underground prison.
Twice a week Yamile Saleh emerges from the bowels of the subterranean jail in tears after visiting her only son, 26-year-old Lorent.

«I’m scared of what might happen to Lorent. And really I don’t wish this on anyone,» she says, sitting a couple of blocks away from the building that was originally intended to be a subway station. «He’s buried alive, practically waiting to die.» Read more