Now Is the Time to Save Venezuela’s Elections

By JOSE CARDENAS I Foreignpolicy.com
August 4, 2015

It is difficult to appreciate the level of socio-economic destruction that has befallen Venezuela through 18 years of chavismo, the socialist movement founded by the late President Hugo Chávez and continued under his hapless successor Nicolas Maduro. A good starting point, however, would be a new report by the International Crisis Group (ICG), Venezuela: Unnatural Disaster. The report describes “accelerating deterioration”:

A sharp fall in real incomes, major shortages of essential foods, medicines and other basic goods and breakdown of the health service are elements of a looming social crisis. If not tackled decisively and soon, it will become a humanitarian disaster with a seismic impact on domestic politics and society, and on Venezuela’s neighbors.

The catalyst may very well be upcoming legislative elections, scheduled for Dec. 6. Polls show the opposition poised for significant gains. Maduro’s popularity rating hovers around 20 percent, while fully 84 percent of Venezuelans believe the country is on the wrong path. Opposition candidates are backed by 56.2 percent of voters, compared with 29.8 percent for the ruling chavistas. Read more

Venezuelans being thrown in jail for tweets that criticize the government

At least eight people have been jailed in Venezuela in the last 11 months for tweeting messages that the government of Nicolas Maduro found “offensive” or considered a threat for the country’s political instability.

The opposition calls it a modern-age witch hunt.

The charges range from conspiracy and instigating hatred to espionage and “causing anxiety” – all of them qualify for probation, defense lawyers say, but somehow their cases have stalled and five of the eight detainees are still behind bars.

Venezuelan President Nicolas Maduro’s approval ratings may be languishing below 30 percent, but on Twitter he’s as popular as Pope Francis — or so it would seem.

But a closer look suggests that the government is artificially inflating its social media influence and distorting its popularity. Independent analysts who ran tests at the request of The Associated Press found the government was benefiting from networks of fake accounts. Read more

“Venezuela is not and will not be monitored by anyone,” Maduro said at the United Nations in New York on Tuesday in response to a reporter’s question about whether the UN could “monitor” the Dec. 6 vote. “Our country won’t accept it ever.”

Maduro’s ruling United Socialist Party of Venezuela, known as PSUV, is forecast to lose its congressional majority for the first time in 16 years as the world’s fastest inflation and record shortages of basic goods eat into its core support among the poor. Opposition candidates are backed by 56.2 percent of voters, compared with 29.8 percent for the PSUV, according to the latest available Datanalisis poll of 1,000 people surveyed between May 18 and 30. Read more 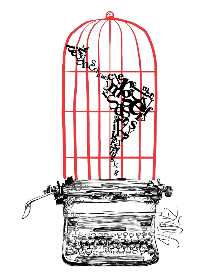 María Magaly Contreras (55) is Venezuelan. She lives in Zulia state, northwestern Venezuela, and advertises herself as a «tarot card reader, clairvoyant and spiritual guide» on her @marletmaga Twitter account. For more than 19 years Contreras has received psychiatric treatment for a disorder known as anxious-depressive syndrome which «has caused her physical and emotional undermining preventing her full and complete discernment.»

On October 2 2014 Contreras sent off several messages via her Twitter account that bothered some people, which read, in part, (1) «Death continues and is going after the reds of the (ruling United Socialist party of Venezuela) PSUV …» (2) «I see a woman of the PSUV and the red revolution who is swelling inside …,» and (3) «Fidel Castro, your days in this world are numbered, and the dictatorship here in Venezuela and in other countries will also die…» Read more

Liquor Rep Arrested after Revealing Why Venezuela Is Out of Booze

Without knowing the crimes alleged against him, the general director of the Venezuelan Federation of Liquor Producers (Fevelif) was arrested on Friday, July 24. According to local media, Fray Roa could appear in court on Monday, July 27.

While there remains no stated justification for the arrest, Venezuelans haven’t failed to notice that it occurred right after Roa shared revelations with journalist Gabriela Frías on her television program Global Portfolio, broadcast on CNN en Español. Read more