Daniel Ceballos, a jailed former mayor of Venezuela’s western city of San Cristobal, has been granted house arrest due to health issues, the public prosecutor’s office said on Tuesday.

The 31-year-old, arrested in March 2014 on accusations he fomented unrest during last year’s massive anti-government protests, held a 20-day hunger strike this year that left him weak and with kidney pain, according to supporters.

Ceballos had stopped eating in part to seek the release of jailed politicians including opposition heavyweight Leopoldo Lopez, who was detained on similar charges a month before him.

«The accused will be brought to a residence in Caracas,» the public prosecutor’s office said in a statement.

The government of President Nicolás Maduro and its political supporters in parliament are misusing the criminal justice system to punish people for criticizing its policies, Human Rights Watch said today. In addition to the well-publicized arbitrary arrests and prosecutions of opposition politicians, Venezuelan authorities have brought criminal charges or threatened to open criminal investigations against dozens of lesser-known critics over the past year.

On July 24, 2015, National Bolivarian Intelligence Service (SEBIN) agents detained Fray Roa Contreras, a Venezuelan businessman, a day after he criticized the government’s economic policies in a CNN television interview. Contreras remains in detention and is being prosecuted for allegedly disseminating false information that “causes panic in the people or maintains them in a state of anxiety,” media reports said.

“The government of Venezuela uses the justice system as a façade, but the reality is that Venezuelan judges and prosecutors have become obedient soldiers,” said José Miguel Vivanco, Americas director at Human Rights Watch. Read more

Polls suggest that the political party of President Nicolás Maduro of Venezuela could take a beating during congressional elections in December. It would be richly deserved for a ruling party that has mismanaged the oil-rich nation’s economy, triggering soaring inflation and food shortages. Whether the opposition will get to compete fairly, though, is in doubt. On Monday, officials in Venezuela announced that a leading opposition politician, María Corina Machado, will be barred from running, along with a handful of other government critics. Another leading opposition leader, Leopoldo López, has been imprisoned since February 2014, facing spurious charges.

The action against them is outrageous. Opposition leaders have offered sensible ideas to start addressing the country’s monumental problems. In recent days, politicians critical of Mr. Maduro have taken steps to close ranks, which could strengthen an opposition movement that had been beset by divisions in the past. Voters should be allowed to consider whether they represent a better alternative to Mr. Maduro’s United Socialist Party. Read more

A pro-democracy foundation run by former U.S. President Jimmy Carter has shut down its 13-year-old electoral observation office in Venezuela as the South American country gears up for closely watched legislative elections.

In a monthly report on Venezuela’s political outlook published Wednesday, the Carter Center said it closed its Caracas office May 31 to concentrate its limited resources in other countries that have solicited its help. It said it would continue to monitor events from the center’s headquarters in Atlanta.

The Carter Center has been a frequent observer of elections in Venezuela and it mediated talks between the socialist government and opposition following a 2002 coup that briefly unseated then President Hugo Chavez. Read more 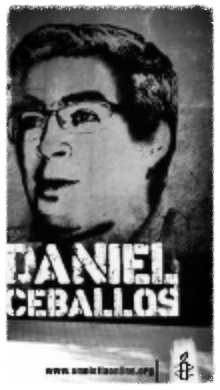 The Venezuelan National Union of Press Workers (SNTP) asked the Attorney General Office on Monday to adopt measures for the protection of journalist Osmary Hernández, the correspondent of CNN en Español in Caracas.

Last week, Hernández had reported in CNN recent lootings and looting attempts in grocery stores and trucks in Venezuela.

Pro-government governor of Aragua state, Tarek El Aissami, rejected on August 6 on his Twitter account the reports of looting in Aragua state aired by Hernández, and added those reports were part of a «criminal campaign.» Read more

The first transgender politician to run for popular election in Venezuela on Friday registered as candidate for Congress as part of the opposition bloc, promising to advance gay rights in the traditionally macho South American society.

Lawyer and gay rights activist Tamara Adrian had to register under her given name Thomas Adrian despite a 2002 sex change, because Venezuelan law does not allow anyone born male to legally become female or take a woman’s name.

«We’re going to fight so that everyone gets respect,» said Adrian, amid a tussle of candidates and cheering supporters at the gates of an elections authority office in Caracas. Read more

Venezuela Is Jailing Mystics Who Make ‘Predictions’ on Twitter

Lessi Marcano, a 48-year-old architect in Venezuela, took a turn in his life after an accident that he claims left him with the ability to have visions. He became a feng shui coach, and one of the primary platforms for his business was on Twitter, as user @hiipolita.
Ginette Hernandez, Marcano’s niece, served as «community manager» for the account, which he titled «La Negra» and shows an elegant black woman in profile with Venezuela’s red, blue, and yellow national flag flapping behind her. Read more