The Secretary General of the Organization of American States (OAS), Luis Almagro, welcomed on Thursday the release of former Minister of Defense Raúl Baduel and the home arrest measure granted to former mayor of San Cristobal Daniel Ceballos.

«We welcome the release in Venezuela of retired General Raúl Baduel and the transfer of Daniel Ceballos to his residence,» Almagro posted on Twitter.

Baduel, former ally and then opponent to late President Hugo Chávez, was released on parole on Wednesday after seven years and 11 months in a military prison; he was convicted for corruption.

Venezuela released two prominent government critics from prison this week, including a former defense minister who had been a confidant of President Hugo Chávez.

The former defense minister, Raúl Baduel, had spent more than six years in a military prison serving a sentence on corruption charges that he said were retaliation for his breaking ranks with Mr. Chávez. Mr. Baduel was given parole, but with restrictions that included a ban on speaking to the news media, according to local news reports.

The other prisoner, Daniel Ceballos, a former mayor of San Cristóbal, was released to house arrest on Tuesday for what officials said were medical reasons.

Mr. Ceballos was convicted and completed a sentence for failing to halt antigovernment protests last year in his city, an opposition bastion in western Venezuela. But he had remained in prison while the government said it was preparing further charges against him. Read more

On his Twitter account (@Omar_moratosta), the lawyer explained that Baduel was granted parole thanks to mediation efforts undertaken by Venezuelan Ombudsman Tarek Wiliam Saab.

Retired Army General and former Minister of Defense Raúl Isaías Baduel was serving an imprisonment sentence in Ramo Verde military prison. He was prosecuted for corruption related to procurement of military equipment.

Baduel had accused other former ministers over this case. He argued that he was sent to prison for opposing the policies of late president Hugo Chávez.

Lawyer Mora Tosta told Efe that the parole benefit had been requested in the past, as Baduel was entitled to parole three years ago, but it had never been authorized by the First Execution Military Tribunal until now. Read more

Lawyer José Vicente Haro informed that dissenter Deivis Oliveros was released on Thursday early morning. He was detained in the headquarters of the Bolivarian Intelligence Service (Sebin) since September 1, 2014 and was accused of public instigation and criminal association.

Oliveros was released on parole and must regularly appear in court as required by the tribunal.

Haro, Oliveros’ attorney, told news agency EFE that the tribunal made this decision on the grounds of procedural delay, accountable to previous courts that had heard Oliveros’ case. The defense had been requesting conditional release since February.

Oliveros was detained in September 2014 for his participation in anti-government protests staged in the first half of 2014. The protests resulted in 43 deaths and hundreds of people injured and detained. Read more 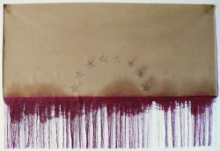