Trial Ends Abruptly, Before Key Evidence and Witnesses are Considered

Judge Susana Barreiros ended the trial against Leopoldo López on August 25 – even though much of the evidence and witnesses submitted by both the prosecution and the defense were never considered. This includes the actual speeches made by Leopoldo during the January-February 2014 protests, which supposedly are at the center of the case. Leopoldo has been imprisoned on the basis of these four speeches, in which he advocated democratic, constitutional and non-violent change. Read more

In a press release, AI asserted that it has received reports of aggressions by Venezuelan authorities against people living in the bordering area.

According to reports received by AI, deported Colombians have been detained amid joint operations conducted by the Venezuelan National Guard and the Army and expelled back to Colombia, with no chance to challenging their expulsion or picking up their belongings. There have also been complaints of ill treatment during detentions, forced evictions, and demolition of houses where Colombian nationals lived or allegedly lived, with no assurances whatsoever. Read more 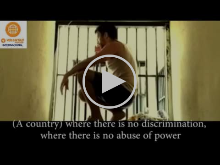 A Rare Glimpse of Leopoldo in Prison

CNN released a video showing Leopoldo’s bleak conditions in Ramo Verde prison in October 2014. The video appears to take place during some sort of disturbance in the prison, and captures a shouted conversation between Leopoldo and fellow political prisoner Daniel Ceballos.

Latin American governments and regional organizations should condemn the disqualification of at least five leading opposition candidates from running for office in Venezuela’s upcoming elections, Human Rights Watch said today. Groups such as the Organization of American States (OAS), the Union of South American Nations (Unasur), and the Common Market of the South (Mercosur) should speak out against these rulings.

All five recent cases raise concerns about arbitrary interference with rights of political participation. In contrast, no candidates from the governing party have been disqualified. The Inter-American Court of Human Rights has in an earlier ruling condemned Venezuela for disqualifying political opponents from running for office. Read more

With a state of emergency decreed in six municipalities of Táchira state, the closure of the border with Colombia, the collapse of houses and the nonsense deportation of Colombians living in the area, Nicolás Maduro and his people are showing the world their true dictatorial nature and contempt for human rights.

A nature that, by the way, thousands of Venezuelans have suffered for more than a decade.

That dictatorial nature of the Maduro/Castro government does not tolerate the political dissidence, and those who dare to express it in public are subject to persecution, forced into exile or convicted for crimes made up by a justice system not at the service of the law, but at the feet of a spurious and failed political process.

One of the most emblematic cases is that of political leader Leopoldo López, who has been doing time for a year and a half in the military prison of Ramo Verde, charged with «public incitement, criminal association, property damage and arson» after inciting his followers through «subliminal» speeches so they could commit these crimes. Read more 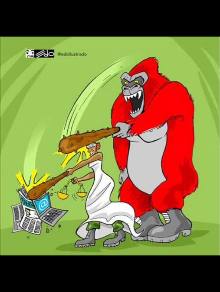